The Man Behind the "Menagerie"

George Keaton is a Chicago-based artist working in a variety of painting mediums. His exhibition, "Menagerie", is currently showing at Elephant Room through March 8th. George is a great representation of the artists we strive to exhibit. He is under-represented at the moment, but the potential for him to reach a wider audience is likely as his drive, passion and unique techniques are in abundance. His work is striking, starting with a rather simple subject that eventually transforms into a bold and vibrant piece full of emotion. The paint strokes, placement of text, colors and expression of the subject all contribute to a statement. The statement is not forced or heavy-handed, but rather inviting of the viewer's interpretation. The viewer's interpretation was one of the subjects brought up by guests during George Keaton's artist talk on January 30th, 2014.

His inspirations are Andy Warhol, Guy Denning, Jean-Michel Basquiat and David Choe. His photographer wife, Mariah Naella-Keaton, is also a constant inspiration. A conversation and subsequent studio time with fellow artist, Hebru Brantley, is what really pushed him into painting on a regular basis, even though he'd been fascinated with mixing colors since he was a child. His signature on each of his pieces is the outline of a small car, something his father first showed him how to draw. His father passed away before he got to see his son's paintings, but the signature tribute is a heartfelt way for George to pay tribute to the inspiration his father must have had on his creativity.

After a very warm studio visit with both George and Mariah, I knew that I was dealing with a genuine heart and creative spirit. Those sorts of people can be rare but they are a great reminder that everything is not cold in the art world. It's exactly why I love what I do!

Getting back to the "Menagerie", George starts with doing charcoal sketches of the animal portrait, then starts thinking about the colors, starts layering on the paints (can include house paint, oils, acrylics, tea, etc.), then starts destroying it a bit with water or turpentine. He wants the paint to have movement. "When I'm painting, it's just like a conversation." - George. The piece starts to talk back to him saying, pour something here, paint here, move this, etc. It's an organic process, an evolution from start to fruition. 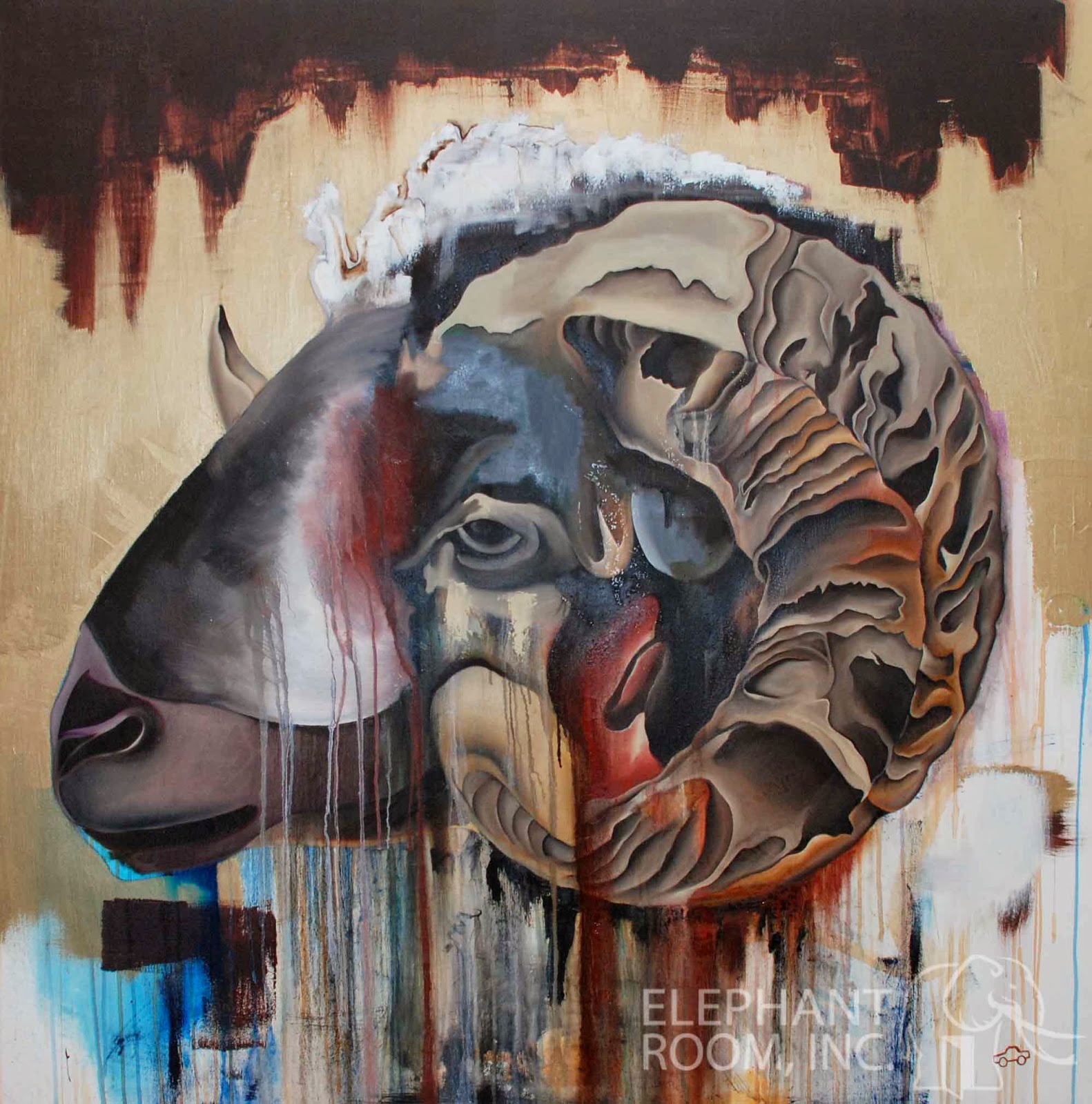 Why paint animals? While George and Maria were vacationing in Guatemala, they went out at dawn to see the ruins and stopped to listen to the animals in that early am. Those sounds inspired him in that moment to stop painting people as he had been, and start painting animals.

Although George insists that he is not pushing any political or social agenda, we all are aware of the variety of agendas that can be interpreted by viewers. This is the beauty of art. It is subjective whether or not the artist makes their intentions known. There is no doubt that being aware of any intentions can certainly influence our viewing process. George shares with us that he is painting these animal portraits just as he sees and feels them. The animal changes from start to finish and the end result reveals the emotional relationship that has just occurred between artist and subject. He loves hearing what people think about his work as he thinks it's all constructive and important. One guest commented, "You can SEE the energy you put into it." Another guest commented that some of the animals looked like fossils as there are elements of cracking and a general wearing down. George responds, "Now you become the artist. I'm just the middle man at this point."

There is no doubt that in general there is pain in these portraits. They can feel dark and piercing, but at the same time, somehow celebratory. George is on display here. As we were installing the exhibition, he came by, stood back, and commented on how it is a bit daunting as his body of work consumes this new space as opposed to being in the confines of a studio. "My heart and my mind are on display." - George. 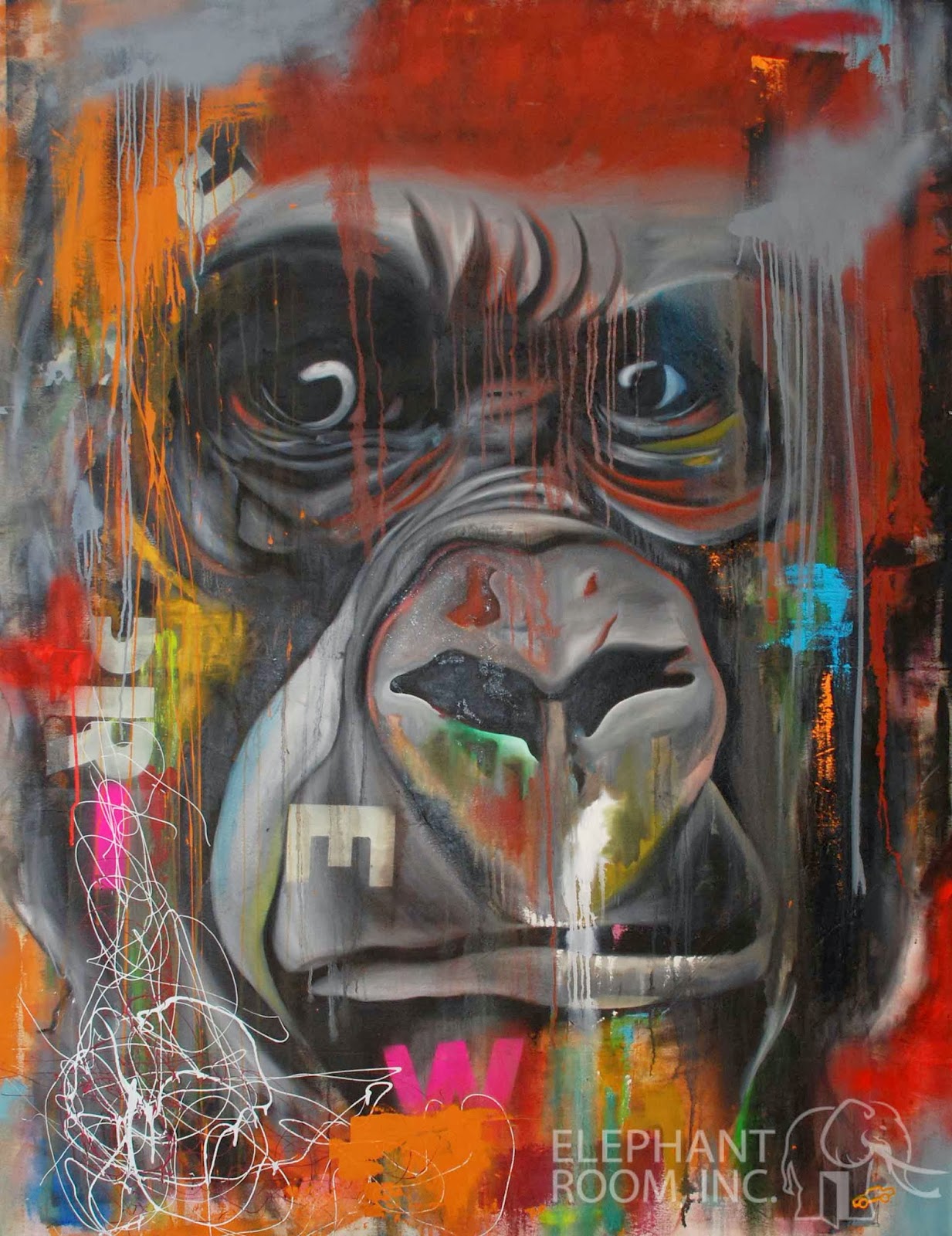 A guest asked George how he knows when the piece is finished. He could not readily answer as his process includes painting over a portrait many times before it feels right. Even then, it is still evolving and may change further if he gets it back. He compares his artwork to all other aspects of life. "We're never finished in life. We're all works in progress." - George. He always views his work as unfinished.

A question asked at almost every artist talk is how does the artist balance their own passions to create with the suggestions and wants of others, specifically as it relates to commissioned work. For George, he can work with very loose boundaries, but if the needs of another get too specific, they can interfere with the natural flow that takes place in that conversation between the artist and the piece. "When you start to put limitations on an artist, it starts to take away from the work." - George.

Stuart Hall was a gracious guest moderator for the talk and if it weren't for him, I may never have met George. Many people suggest artists to us, but rarely is in the inclination to exhibit their work so immediate. In this case, based on his portfolio, it certainly was. Being social and making connections is not always a strong point for many artists of talent, but it is certainly worth it to put yourself out there as you never know who may fall in love with your work and learn from your message. 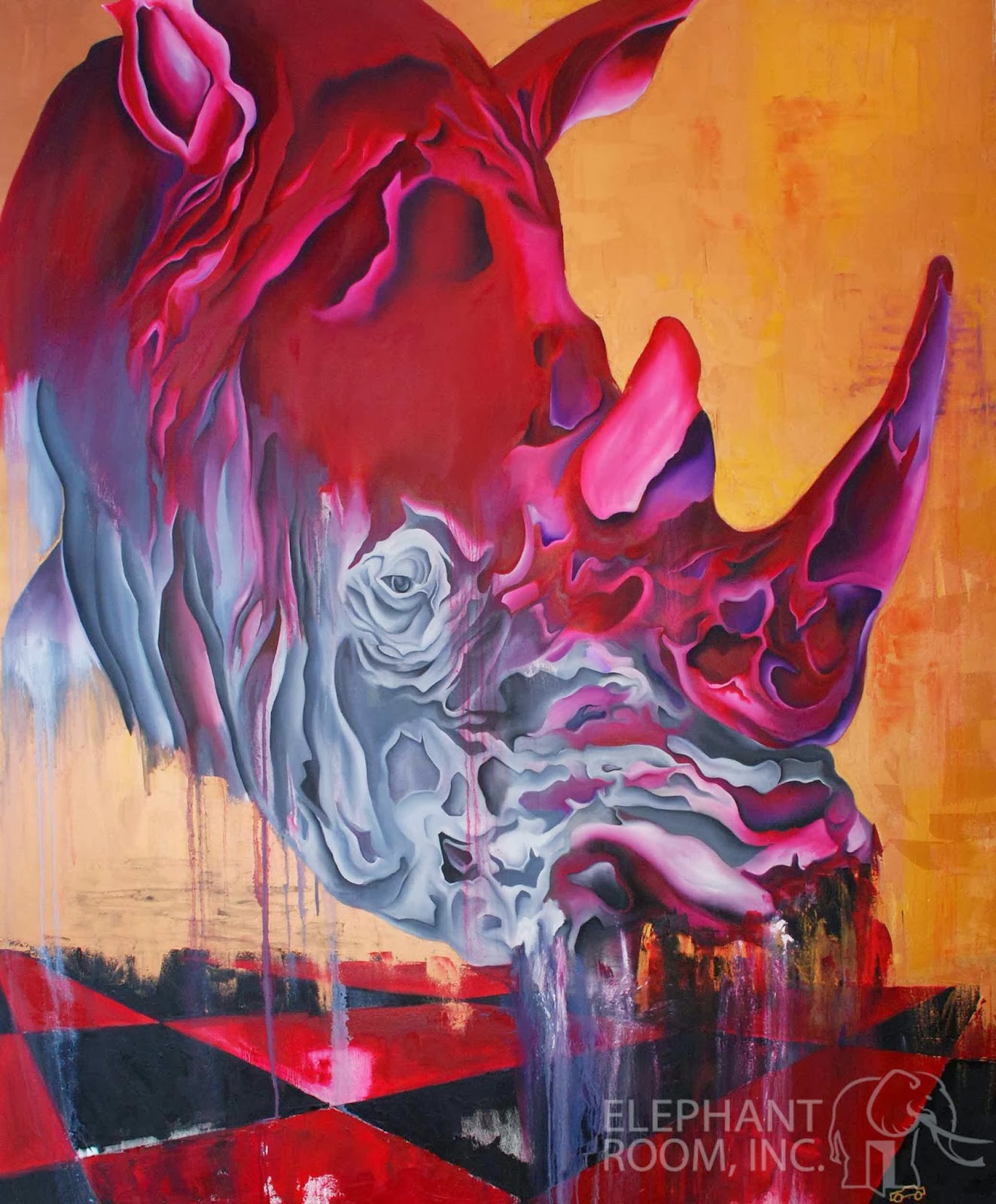